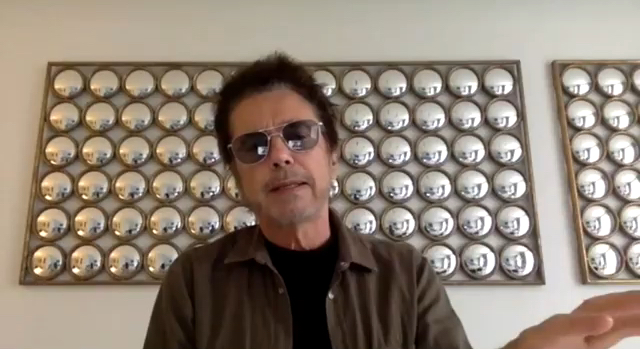 JMJ 's comparison between being either a Beatles fan or a Stones fan: being an ARP fan or a Moog fan

The Alan R. Pearlman Foundation, a non-profit organization dedicated to preserving the legacy of ARP founder Alan R. Pearlman, is holding the ARP 2600 Synthposium this Saturday.

The ARP 2600 Synthposium will be held on September 18th at 11AM EST at The Record Co. in Boston MA, and streamed live on YouTube via Eventbrite. The event celebrates the 50th anniversary of the ARP 2600, and will feature presentations, performances, panel discussions and more.

All proceeds will benefit the Alan R. Pearlman Foundation and the ARPs For All Project. Ticketing and other information is available at the Foundation site.

Beginning with a keynote from ARP co-founder David Friend and opening statements by Dina Pearlman and acclaimed synthesist Jean-Michel Jarre, the event will focus on the ARP 2600, the iconic synthesizer that brought semi-modular synthesis to performers and educators around the world.

The Synthposium will feature panel discussions, musical performances, and interviews with artists, former ARP employees, engineers and more. Participants will be able to interact live with panelists via chat.

The event will include new and exclusive content by:

There will also be a silent auction starting on Thursday, September 16th with a variety of hardware and software synthesizers, books, t-shirts, and other prizes available.

“We are incredibly excited to bring this event to life, with the help of our wonderful friends and partners at The Record Co.” said Dina Pearlman, ARP Foundation founder and daughter of Alan R. Pearlman. “We are overflowing with awesome content for 2600 fans, and we can’t wait to share it with all our generous donors and participants.”
https://popcorn-song.com
https://jeanmicheljarre.nl
Post Posted Sat Sep 25, 2021 7:51 am