Young passionate about music, Jean-Michel JARRE joins the Music Research Group (GRM) in 1968. He discovered a passion for electro-acoustic and begins to compose.
From the beginning of the 70s, he leads a solo career quite successful. He composes music for the Opera from Paris, TV shows and even movies. His talent as a lyricist is also noticed, he is the author of the songs: Où sont les femmes ? interpreted by Patrick JUVET, Que vas-tu faire ? of Françoise HARDY and Senorita de CHRISTOPHE.
His Oxygene album, released in 1976, brought him fame international. It sells in millions of copies. On the anniversary of the release of its first La Cage single in 1971, Melody dedicated the evening of Tuesday April 27. 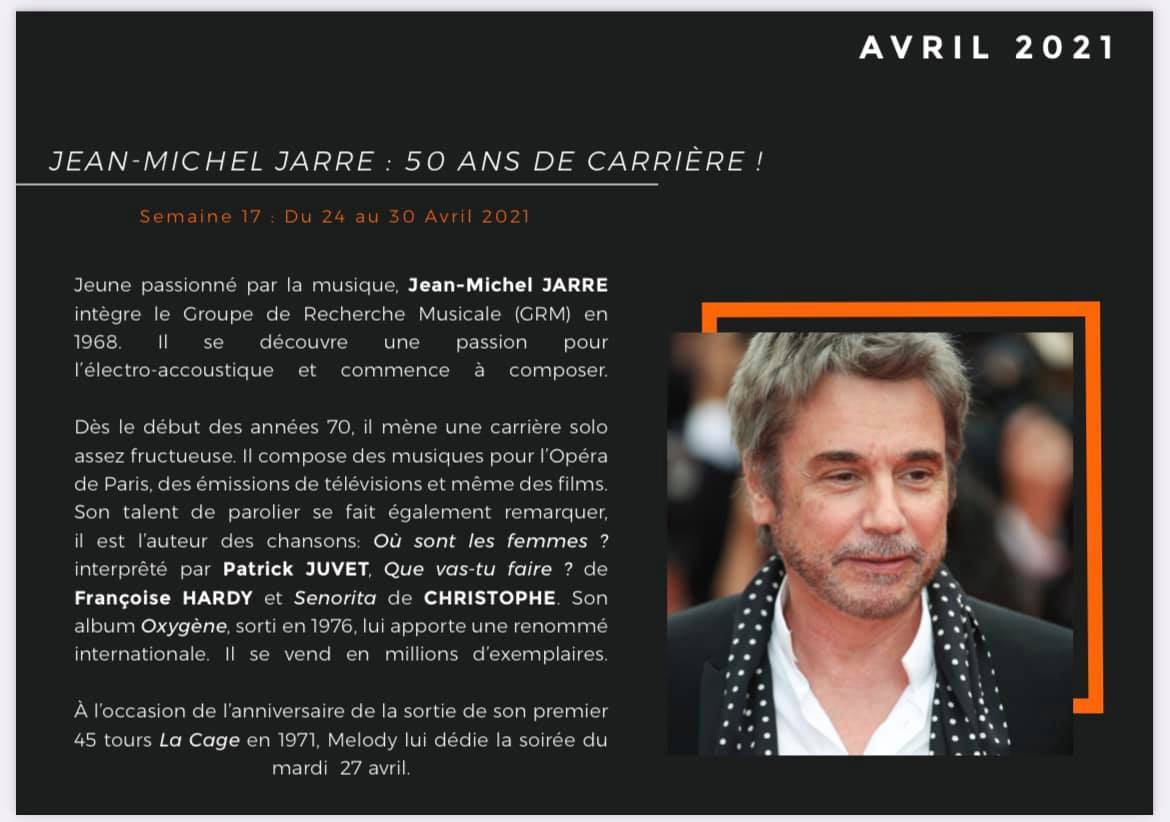 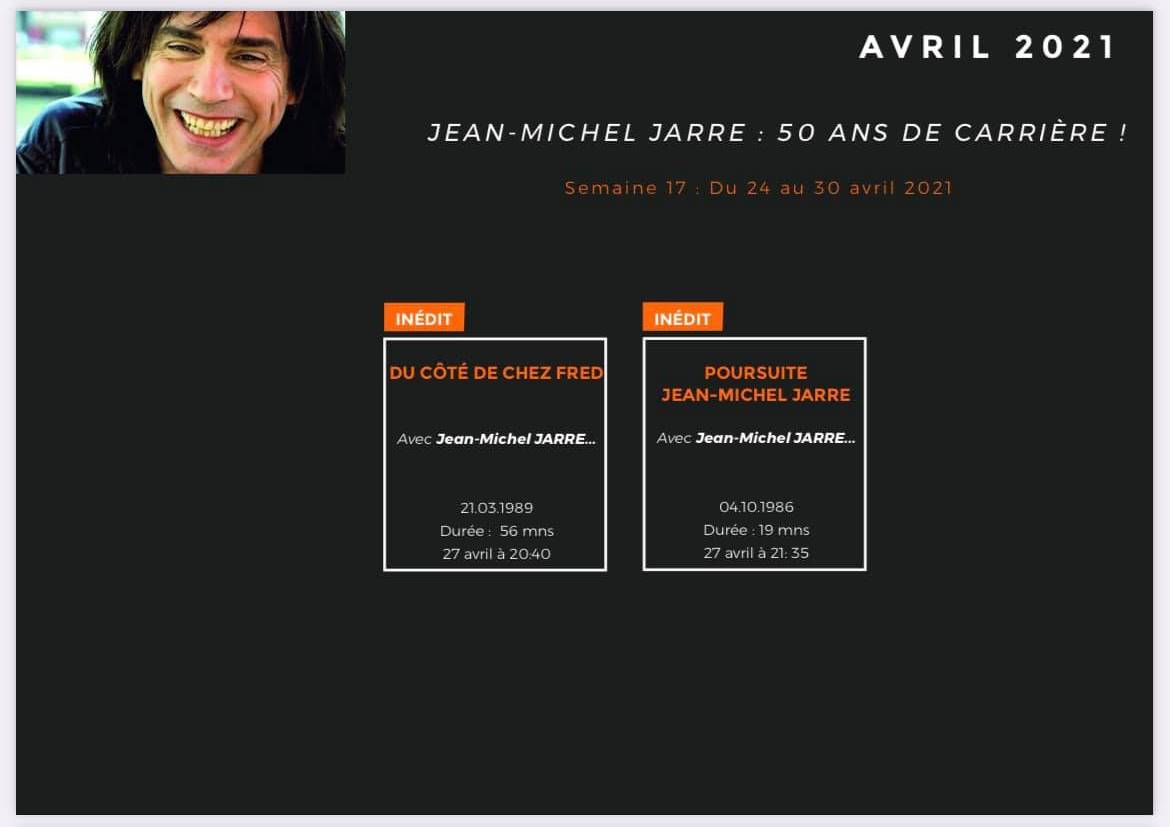 Oh, they're going to repeat some old TV shows? Nice. I remember that 1986 show has some nice footage where they are tuning the instruments during daytime on the Rendez-Vous Lyon stage.
https://popcorn-song.com
https://jeanmicheljarre.nl
Post Posted Mon Apr 26, 2021 12:19 pm

Thanks to the international success of the album "Oxygene", the master of electronics performed in China in 1981. A special experience between Beijing and Shanghai. Melody tells you .

Before the artist enters the scene, the technicians understand that there is not enough current to supply the sound system. As a solution, the Chinese authorities temporarily cut off electricity in neighboring districts. The concert is going pretty well, the stadium is full when the show starts, but as the Beijing buses stop running around 10 p.m., half of the audience leaves before the concert ends .

The event is noted for an almost non-existent public participation. The Chinese are indifferent to music and the light show . In Shanghai, Jean-Michel Jarre encourages public participation by entering the crowd, which becomes much more responsive than in Beijing.

The concerts together 218,000 people on all benefits. Finally , the Chinese public was won over, and Jean-Michel Jarre became an honorary member of the Beijing Conservatory of Music. The Chinese will give him the nickname of "great master of electronics".

At 3:55 some great backstage and footage of building the Lyon concert!
https://popcorn-song.com
https://jeanmicheljarre.nl
Post Posted Tue May 11, 2021 2:22 pm

4min10sec I wonder who that is playing Cavagnolo Midy 3M