It is a very nice album, going back to the older Jarre sounds. Certainly a less obvious melodic-catcher (except the part 17) than the first and second one. A grower.

Can somebody tell me in which track such instruments like AKS, Mellotron are used?
Post Posted Sat Dec 03, 2016 5:26 pm

VinylScratch wrote:Looks like the Oxygene 3 CD has squashed dynamics as usual: DR6.

I'm not surprised since it was mastered by Dave Dadwater.

According to Discograph also known as: David... Perreau... Well damn it

Velodynamic wrote:It works only in the USA. Btw are these actual files from the studio/master or are they ripped from vinyl or other formats?

Usually they're the digital files uncompressed. So I highly doubt this site is the exception to the rule.


VinylScratch wrote:So sad that this is the same record company that let Daft Punk get away with decent masters for Random Access Memories, yet JMJ gets it with the maximum compression hammer every time...

RAM scored (digitally at least) an 8, so it's not like that album had any decent final mastering either. The vinyl on the other hand was great! Hence why I hope someone might be able to rip these releases. Usually those do sound a lot better than the older releases due to actual good mastering. Well that and the vinyl limitations help a lot.
27-11-10: Ahoy Rotterdam
22-11-16: Heineken Music Hall Amsterdam
Post Posted Sat Dec 03, 2016 5:30 pm

Jon wrote:I really like this album. I am hearing a mixture of old and new Jarre, those elements of his early years. After Electronica, it is refreshing to listen to Jarre going back to normal ground. I think one problem that some have with this album is that they have become use to the Electronica sounds and feel and forgot what Jarre sounded like in the old days. You listen to Oxy 3 and wait for some thumping kick-ass beat to erupt, but it doesn't. Personally I like that because it makes the listener, if they so need, create something in its place. I can see a number of artists mixing and sampling tracks from this album. A remix album or EP would be most welcome.

However, lets not go down that road for the umpteenth time of getting personal of what people should or should not like. So what if Jarre created a album that one out of ten don't like. What do you expect Jarre to do next, go back in the studio and re-do the album while corresponding with you on how YOU want it to sound. Considering the lull of 8 years, in the space of a year (or so) we have had 3 brand new albums from Jean Michel Jarre. That has never happened before and most likely never again. Most of us, including me I will add, thought Jean Michel was or had decided to quit the music industry. Lets face it, he did say during the making of this new album he had seriously contemplated that. Thankfully for us fans he didn't. The outcome of persevering is a very worthy album to complete the Oxygene chapter.

As for the album, agree or disagree, I frankly don't care, but I hear a artist who in musical form has created an opus reflecting on the world of now, today. The Oxygene earth skull has always indicated the dying and decaying planet. Jarre, to me, is expressing what most of us are now finally beginning to grasp that this earth has been taken so much for granted we as humans are destroying it as much as we are destroying ourselves. The album is filled with shattered hope, melancholy, sadness, and some distant echo of earth or mankind sending out a S.O.S into space. I have listened to this album several times since yesterday and every single time I feel the same, sad but somehow at peace. It is the music that is doing that and a album that can do that, play upon the emotions, is a strong album. . . In my honest opinion.

Well said mate. Sick of seeing during Electronic people who wanted him to go back to early Jarre, Then yesterday its rubbish, plain album blah blah blah. Ive just sent a txt to my cousin In that txt I said I now see the Oxygen cover scorched and flaming and the skull has horns. The album stirred many emotions and its a fitting end to the series.
Europe in Concert Manchester 1993
Oxygène Tour Manchester 1997
World Tour 2010 Manchester
Post Posted Sat Dec 03, 2016 7:18 pm

I have now had a chance to hear the album all the way through, twice. Undoubtedly I will hear it again, but my response is fairly firmed up at this point. Broadly speaking, I feel borne out on the comments I made earlier, when I had not yet heard the whole thing. It's a solid piece. It's "decent" and "respectable" and a good send-off for the Oxygene saga. To me, it is much more strongly in the mood of the original Oxygene than 7-13. 7-13 should *never* have had the name "Oxygene" attached to it, in any way, shape or form in my opinion. More like Jarretrance 1.

Oxygene 3 is a good album, but I can already tell that it's not an album I'm going to "wear out the grooves" on. If ever there were vinyls I wore out the grooves on (and I mean from ANY artist), it was Equinoxe, and part 4 of Oxygene, but especially Equinoxe. I have always viewed Equinoxe as JMJ's "symphony" and no other album has ever touched it for that, not even close. To be fair though, I never wore out the grooves on the other segments of the original Oxygene either. They became stuff I listened to occasionally, and that's what's going to happen here. Oxygene 3 will become part of the collection and will be played with enjoyment...but infrequently, like parts of Chronologie or Waiting for Cousteau. I have been a lifelong Jarre fan, but the truth is, there are albums that have never seen the light of day for years now...Zoolook and Revolutions being chief among them.

What I didn't notice before with the excerpts, which I do now, is that the final track has a distinct "farewell" feel to it. Perhaps that is intentional. It's a fine track, although my one quibble is that the white noise in it is a little heavy to my ears. Perhaps this farewell is simply to the Oxygene meme? Or perhaps it is a deeper farewell? I don't think we should be greedy. Jean-Michel has given us decades of enjoyment. He is almost 70. Thank you Jean-Michel, from the bottom of my heart, for having such a long term positive impact on my life, and for making life a little "softer." Even if you had only ever released Oxygene IV, the single, and nothing else ever again, this tremendous debt of gratitude would stand undiminished.
Post Posted Sat Dec 03, 2016 7:34 pm

Considering he wanted to stop composing and start painting out of frustration recently I honestly wouldn't be surprised if this was his final album. Yeah I'd be really disappointed and saddened, but it be totally understandable. The guy has been on the top of the world ages ago and has some more personal project for quite a whole now. He had an amazing career and he deserves doing what he wants to do regardless of what others want and/or wish.

From a recent interview he gave in Amsterdam, it seemed he wouldn't stop composing and releasing albums.
"I will release my next album at the end of this year"
Post Posted Sat Dec 03, 2016 10:54 pm

Robi wrote:From a recent interview he gave in Amsterdam, it seemed he wouldn't stop composing and releasing albums. 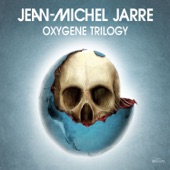 Upsetting to see the Trilogy artwork seems to have ended up stretched/sqaushed from a CD-digipack shaped rectangle into a square, on pretty much all online platforms from Amazon to iTunes to Spotify. Old globe skull guy is made to look quite egg-shaped, which doesn't suit him at all.

odo wrote:Image
Upsetting to see the Trilogy artwork seems to have ended up stretched/sqaushed from a CD-digipack shaped rectangle into a square, on pretty much all online platforms from Amazon to iTunes to Spotify. Old globe skull guy is made to look quite egg-shaped, which doesn't suit him at all.

I agree though. Someone can't be bothered amending the artwork properly.
Post Posted Sun Dec 04, 2016 12:54 am

It seems that they simply made an error in the aspect ratio of the image when saving it and no one noticed the problem during the final check. It's an easy fix, for example... 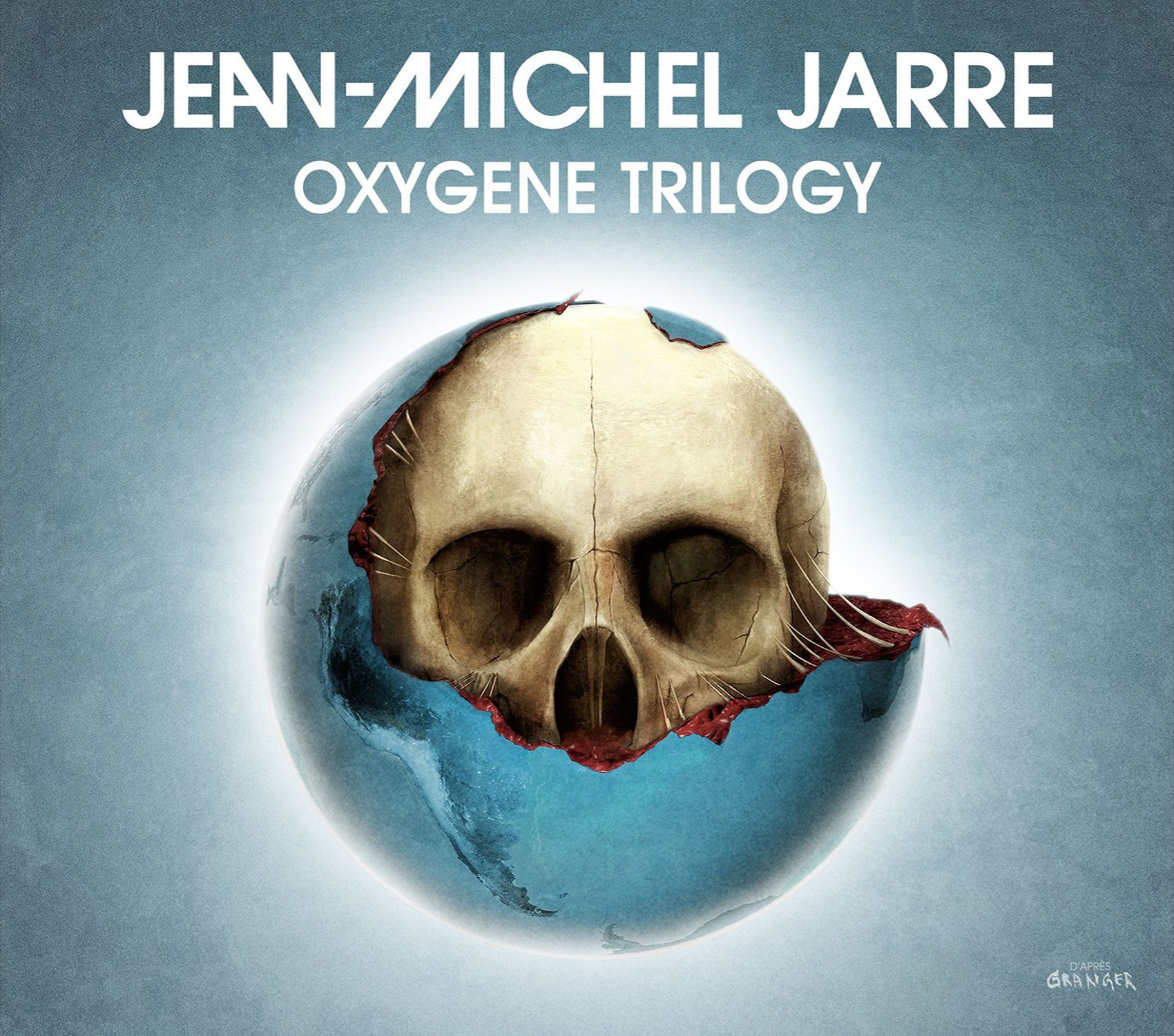 odo wrote:Image
Upsetting to see the Trilogy artwork seems to have ended up stretched/sqaushed from a CD-digipack shaped rectangle into a square, on pretty much all online platforms from Amazon to iTunes to Spotify. Old globe skull guy is made to look quite egg-shaped, which doesn't suit him at all.

Yes, I saw that too in the iTunes version that I download. Because the Trilogy version is a kind of digipack. And digipacks are a little bit smaller than yewelcase versions. But if you scan a digipack version and then put in the size of a yewelcase you get strange deformations. But it seems nobody care about the "egg-scullearth" here (because you are the first one that talks about it) and by Jarre or management.

Christophe wrote: But it seems nobody care about the "egg-scullearth" here (because you are the first one that talks about it) and by Jarre or management.


It was already criticized by Brendan in the last post on page 28.

On the shore two boats.