Dr_Jones wrote:Somewhere I suspect Coachella Opening was called different, probably something starting with an S.

Maybe this will lead to new Equinoxe "album rips" where Equinoxe 4 fades out, moving onto the storm effects of EQ5, segueing to Chronologie 1, which would then continue to Equinoxe 6 as per usual.

I understood one or two hours ago Lee Sainsbury will get in touch with the Jarre team to fix this.
Aerozone / Jarre-live.fr / Jarre-fan / JMjarre Fan (english)
http://www.twitter.com/webringJMJ_fr
Post Posted Thu Oct 11, 2018 6:16 pm

Finaero wrote:Maybe this will lead to new Equinoxe "album rips" where Equinoxe 4 fades out, moving onto the storm effects of EQ5, segueing to Chronologie 1, which would then continue to Equinoxe 6 as per usual.

Well, Louis left on Monday... and look what happens!

Jote wrote:Well, Louis left on Monday... and look what happens!

Finaero wrote:Maybe this will lead to new Equinoxe "album rips" where Equinoxe 4 fades out, moving onto the storm effects of EQ5, segueing to Chronologie 1, which would then continue to Equinoxe 6 as per usual.

Alas, it seems that they fixed the mistake already.

Seriously how the hell does Sony keep messing this up continuously? Ever since they started releasing it, there has not been a new (re)release without a problem.
27-11-10: Ahoy Rotterdam
22-11-16: Heineken Music Hall Amsterdam
Post Posted Mon Oct 15, 2018 9:39 am

The 2015-2016 episode is all about Electronica. The project, which took Jean-Michel 5 years of work in total. If you want to know more about this album last weeks release of the Podcast with Matt Berry also features that period. 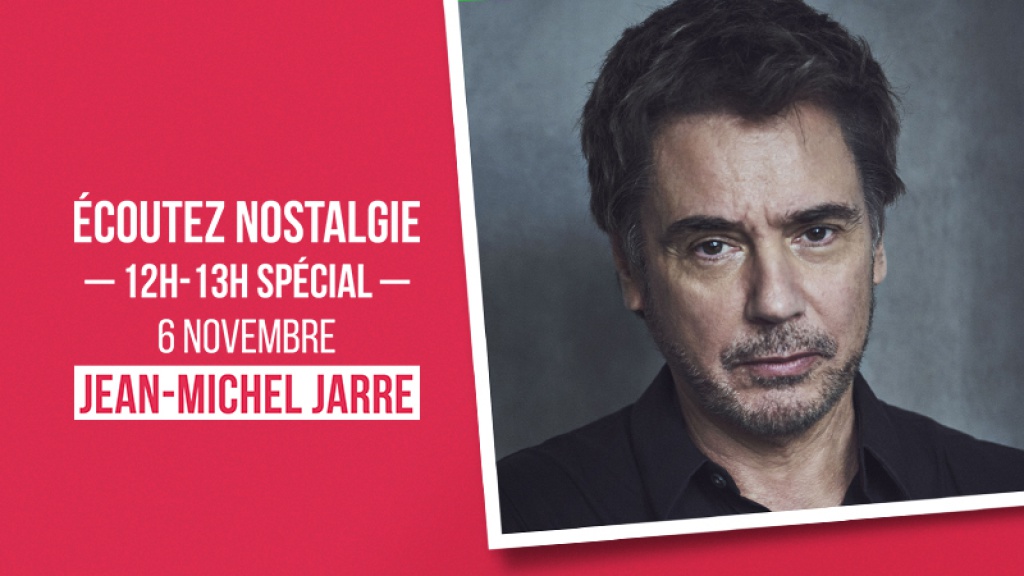 THIS TUESDAY, NOSTALGIE CELEBRATES 50 YEARS OF MUSIC WITH JEAN-MICHEL JARRE

Already half a century that the artist hypnotizes the electronic scene

When in 1976 Jean-Michel Jarre, composer, artist, author, sound landscape and French producer, launched his iconic progressive album "Oxygene", he opened a new chapter in the history of music.

On this occasion, Nostalgie devotes a special show on Tuesday, November 6 between 12h and 13h.

The vinyl and the ultimate box come with a download card to enter the world of Jean-Michel Jarre in a 5.1 format.

Always in search of the best possible sound and fascinated by technology, Jean-Michel Jarre mastered some songs in a 5.1 format for a unique listening experience.

Do not miss his visit to Nostalgie this Tuesday between 12h and 13h!