â€œVintage and visionary ", included a CD with the remix of" The Cage "by Vitalic. Interview with 8 page color photos.

Thanks to Ã©rosmachine from the Aerozone Forum for this information.

You can order the magazine here.

This user is not the original creator of this post, but was kind enough to adopt it. If you are or know the original poster, send Dr_Jones a PM here: https://zoolook.nl/forum/ucp.php?i=pm&mode=compose&u=47
Post Posted Tue Mar 16, 2010 3:28 pm

The server is back online, I was caching the pages to make it faster

Pat Gleeson wrote:Is he getting younger looking for goodness sake ?!

I don't wanna know what he looked like when he was just born? Older than his grandpah?

Jean Michel has often been compared to Dorian Gray, me thinks. But the ending was bad. So, just a little comparison and not too much.

But my friend knew how old JMJ was. In fact. she thought he was older even looking at the photos of JMJ as he is now. She is a fan of Maurice therefore knowing all the background knowledge, somewhat.

The project will be available at the end of April (I havenâ€™t the exact day). Only 1 500vinyles (no CD) + digital distribution.

Normally, you can buy vinyle on this site : www.jeanmicheljarre.com

All the best
Elise 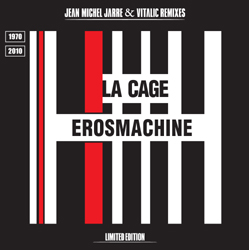 To be released soon, according to Vitalic's prod

To be released soon, according to Vitalic's prod

I MUST have my clone

Cool that they used the original design

Posts: 2285
Location: (UK) On the toilet reading a newspaper

Atleast something from the original release was used - cover

"A group of men and woman entered the laboratory one month ago to live in a smell free world. Body odour, sweaty arms pits and smelly feet are to create the energy to survive. A total mystery surrounds this experiment, and it's project code name: B.O and Smell'i "
16 posts