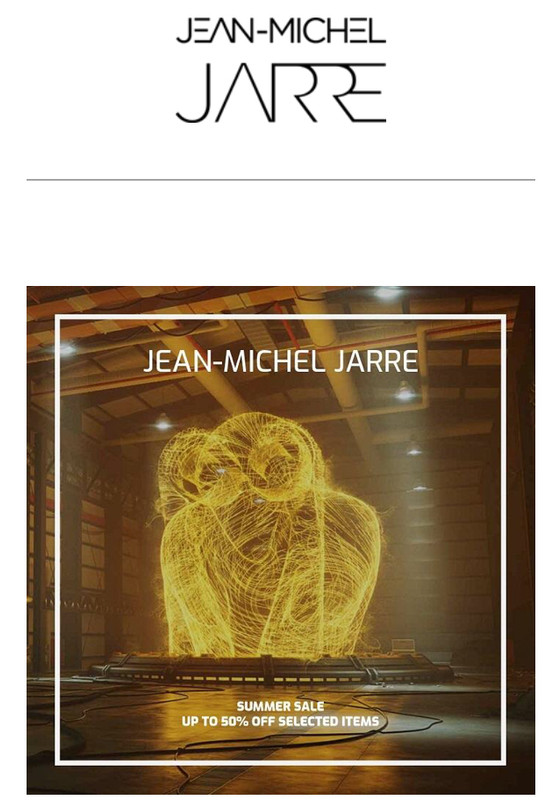 It is summer in the Southern hemisphere

I'm planning to do an "exhibition" of these sites one day. One problem is that the sites from 2007 and up use Flash and Flash has been shut down by Adobe and none of the webbrowsers support it now. This means these website incarnations cannot be viewed anymore. A shame. I'm reading things about plugins that will try to run Flash, but I don't know if this will be future-proof.
https://popcorn-song.com
https://jeanmicheljarre.nl
Post Posted Wed Jan 13, 2021 10:09 pm

I'm honestly still really surprised that there's no legacy support for Flash whatsoever. I get that development would stop, but would it really kill them to at least have some support for it?
Post Posted Wed Jan 13, 2021 10:22 pm

shadow wrote: ↑Wed Jan 13, 2021 10:09 pm I'm honestly still really surprised that there's no legacy support for Flash whatsoever. I get that development would stop, but would it really kill them to at least have some support for it?

It's a combination of security leaks (Flash is notoriously bad), lack of support from Apple and performance issues. In the light of preservation it's not good. There are people who are busy making a Flash player plugin for FF and Chrome.
https://popcorn-song.com
https://jeanmicheljarre.nl
Post Posted Wed Jan 13, 2021 10:33 pm

Yeah, Ruffle project is one of them:
https://ruffle.rs/

I'm aware of the leaks and (these days) lack of support, but some legacy support should've been invested in. Instead they completely pulled the plug and so much stuff is most likely lost from now forever. Forever a shame.
Post Posted Thu Jan 14, 2021 7:39 pm

I am using Ruffle uploaded on a website of mine to run flash games, it does however run quite slow on a few games and won't work at all on some but at the moment it is still in development.
If it is uploaded on a website there is no need for users to install a plugin, just upload the files to a directory on your server & then paste a script onto the pages where there are instances of flash & just edit the script to point to the path where you uploaded the Ruffle files.
25 posts