I know, I should find some time for it. I don't want to listen to it for the first time in the train when I have some time too myself. That's a waste

I've missed this. Some interesting details about the concert (and the music)
https://www.lsionline.com/news/jean-mic ... n-optocore

France - A pioneering series of immersive concerts by French electronics maestro Jean-Michel Jarre was hosted recently by Radio France. It took place during their Hyper Weekend Festival in Paris, and was staged at their La Maison de la Radio HQ.

Planned as a homage to pioneering electronic musician, Pierre Henry, who had bequeathed a series of sounds to Jean-Michel Jarre during his lifetime, Oxymore a brand new musical creation by Jarre, was performed twice daily across three days. It was broadcast and live VR streamed to tens of thousands of viewers, while audiences of 250, immersed in the 360° space, witnessed it live.

The event followed his successful Welcome to the Other Side Notre Dame Cathedral VR experience, which took place last New Year’s Eve during lockdown. The Radio France live performances were broadcast via radio and streamed in 6DoF binaural format to the virtual platform VRChat - from ‘metaverse architects’ VRrOOm / XR Studio, where the giant 3D city was populated by avatars.

The immersive 17.2 sound system, designed by system engineer Christophe Dupin and Radio France’s innovation audio project manager and immersive specialist Hervé Déjardin, was based around the L-Acoustics L-ISA immersive sound, and the SPAT spatialisation suite he helped to design, with all distribution taking place over a BroaMan / Optocore fibre backbone, provided by Gilles Bouvard’s GB4D. “The technical request from Radio France for this operation required a lot of preparation,” notes Bouvard. “François Lund assisted with the set-up and development of this network and Harmony Network helped with the design.”

Déjardin had been closely involved in that immersive mix for Jarre’s earlier Notre Dame concert, during which the two men spent a lot of time discussing how to best ‘spatialise’ Jean-Michel’s compositions. They debated how it could be taken further.

The plan - immersive audio design and idea for VR streaming - started to take shape. According to Déjardin, when he was looking for a signal distribution system he consulted with sound engineer colleague Christian Lahondes, who managed the broadcast for the VR. “He said why not Optocore? We’ve had good experiences with this in the past and it’s versatile and an open protocol platform - so we could transmit video.”

The sound materials dovetailed beautifully with the new composition of Jean-Michel Jarre as Hervé Déjardin, who spatialised and mixed the sound, explains. “We first started speaking about this project back in September 2021. He started to compose quickly and in six weeks he had 11 tracks - 55 minutes of music. We had a lot of exchange of info along the way and discussed many ways to experiment in space.”

Gilles Bouvard has collaborated many times with Radio France and Hervé Déjardin in the past and again produced an ingenious network topology, with a bespoke multi-stream design.

“This large BroaMan / Optocore Luminex Gigacore system is the heart of the system and carries all signal transport, including many MADI streams,” he explains. “Broaman allowed us to build the backbone of the entire system: MUX22 MADI for video with Com Optocore, and the 1310 nm tunnels allowed the connection of Luminex Gigacore 14R for Dante, OSC and basic LAN.”

With more than 600 audio inputs in the Optocore network several important parameters had to be managed: Global sync; Timecode; Mic preamps; OSC commands; video for studios in 3G SDI; IP link; interface between the DiGiCo and L-Acoustics devices; Dante (for some of the computers); video in and out and Intercom, and distribution of the live signal feed in Binaural audio on France Musique.

Deployment of a five-way Route66 AutoRouter enabled Optocore distribution in multiple directions, while a Broaman Route66 (for video) also allowed signals to be distributed in several directions, and gave COM ports for the Luminex star network from a Gigacore 26i.

Explaining this topology Bouvard states: “The basic principle was that the BroaMan backbone could transport everything including video, while Optocore was used for sync, audio in/out and timecode. Luminex was deployed for Dante, IP and Open Sound Protocol (OSC) via BroaMan tunnels.”
The Open Sound Protocol was ideal for networking the metadata for this object based audio project between different processing renderers.

In conclusion Déjardin, says: “Jean-Michel had wanted to work with the immersive teams of Radio France.
“You don’t have a chance to use these tools every day, it was an excellent learning experience. I prepared for two months ahead, even developing some special tools for this work, and working very closely with Jean-Michel, as he composed and produced Oxymore specifically for the immersive audio experience. He knew exactly how it should sound.

“Thanks to all the preparation everything was perfect. The concert was exceptional and really achieved the wow factor we were looking for.”
In conclusion Gilles Bouvard adds: “It was a real task and a recognition of quality to have Radio France's total confidence in this important concert by Jean-Michel Jarre. Once again BroaMan and Optocore allowed us to rise to this magnificent challenge.”
https://popcorn-song.com
https://jeanmicheljarre.nl
Post Posted Fri Sep 02, 2022 5:09 pm 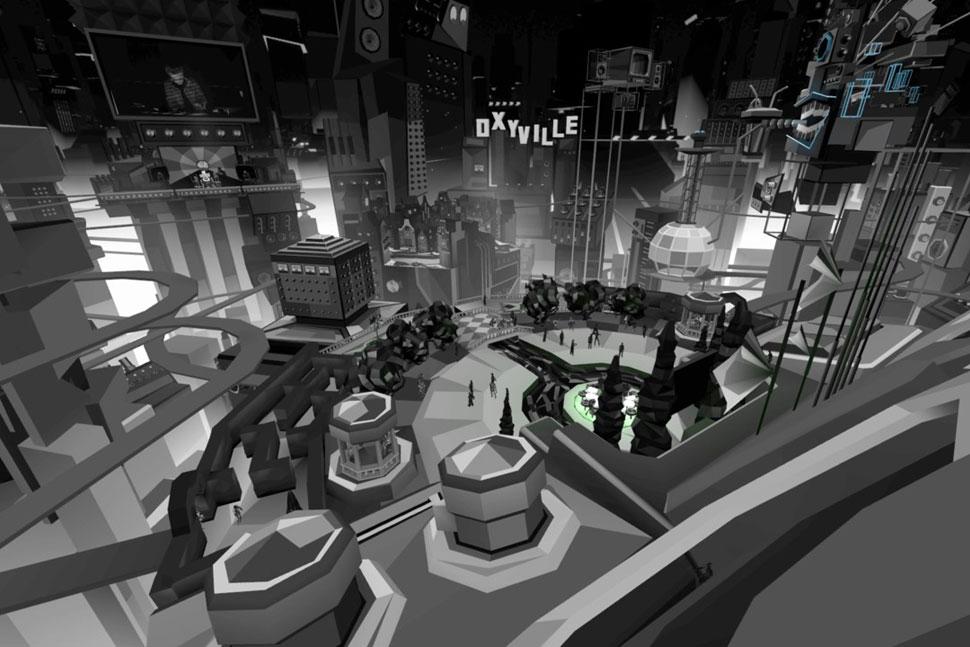 Pierre Henry, a pioneer of concrete and electronic music, left a series of sounds to Jean-Michel Jarre during his lifetime, with the mutual desire to create a new work. Five years later, in 2022, Jean-Michel Jarre refers to the deceased composer with a work that highlights the common philosophy of two artists who have everything in common in their constant search for technology in the service of music, and yet who differ in the fundamental process of composition, opposing concrete and abstract music.
In a musical journey where Pierre Henry's sounds dialogue with Jean-Michel Jarre's new composition in a game of mirrors, the creator of Oxygène finds his inverted doppelgänger in Oxymore, opening a vortex that sucks us into an anachronistic back-and-forth where analog and digital find a common playground. Not limited to a recorded musical composition, Oxymore was conceived as an immersive work in the innovation studios of Radio France in multichannel and binaural version presented as a preview of the album, due to launch in October 2022.
The concert was also broadcast on VRChat in real time inside Oxyville, a virtual city created by Jean-Michel Jarre and VRrOOm as an outpost of a metaverse under construction. Between constructivism and impressionism, Oxymore takes the audience on an unexpected acoustic journey, and creates a bridge between Radio France's historical sound roots and its most recent innovations. The work establishes a link between the classical/contemporary music department and the contemporary music sector, symbolically marking the launch of the “Jarre Academy of Sound” initiated by the Maison de la Radio et de la Musique, and the composer.

I am very excited to be performing OXYMORE Live from Palais Brongniart in Paris on October 23/24/25. My VR performance on 24th, 8:30pm will be broadcasted on social media in 2D and in VRCHAT in the especially created music city. If you want to join me in VR you can follow the instructions below:
The immersive experience of Jean-Michel Jarre's Oxymore concert will be open to the public from Monday October 24 at 8 p.m. CET on the VRChat social virtual reality platform.
It is accessible either on VR headset (including Quest standalone headsets) in total immersion or on PC in video game mode.
To experience Oxymore, please find the instructions below:

(I renamed the topic, because it's not only January now) 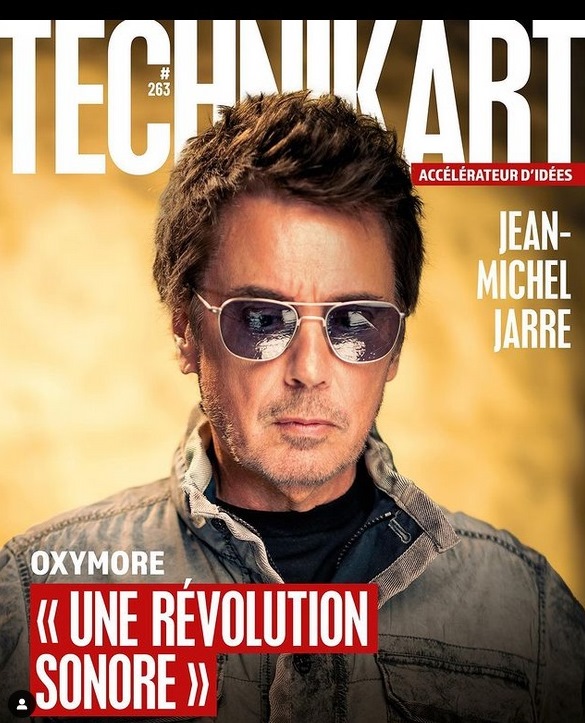 JARRE LIVE! Win an invitation to the private presentation of Oxymore on October 23, 24 & 25 at the Palais Brongniart (Paris 2ème) or in VR (album available October 21), by scanning the QR Code on the poster or in Technikart

Edit: Nevermind, thought it said 23 for a moment. Noice, I can watch this! 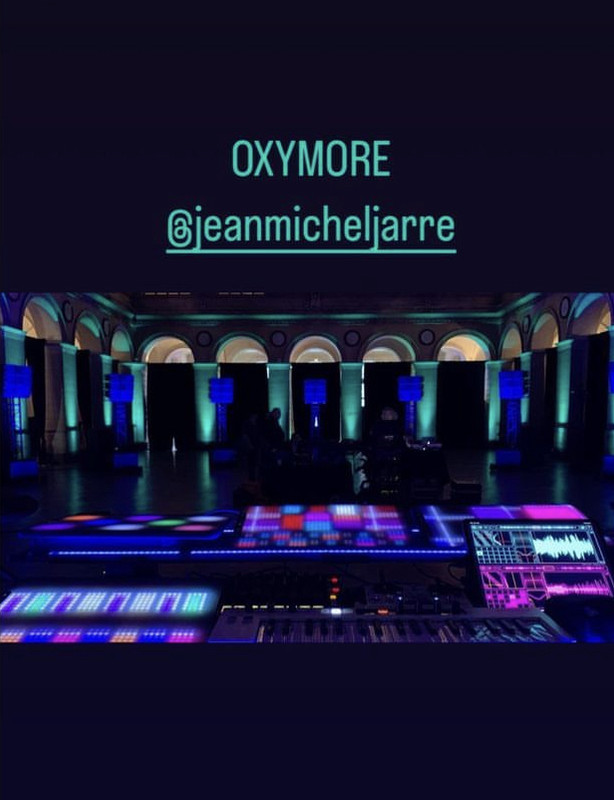 So, the first concerts were today. Any impressions?