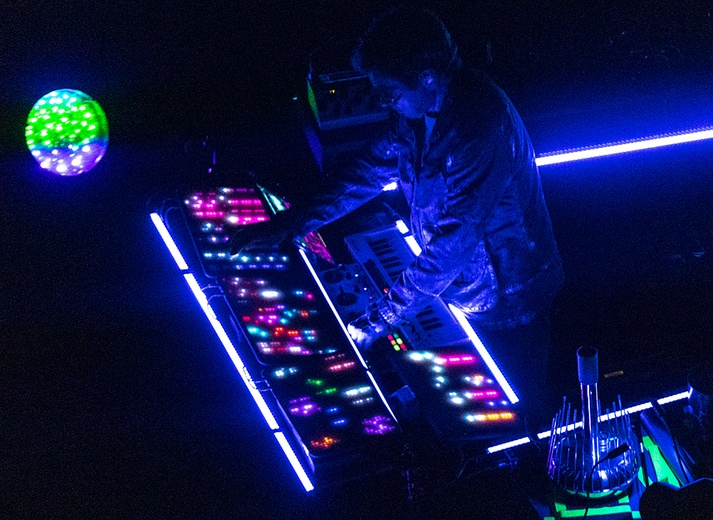 Jean-Michel Jarre, a popular and emblematic figure of electronic music, has imagined with OXYMORE, his 22nd studio album, a tribute to the pioneers of concrete music in France: Pierre Henry and Pierre Schaeffer. OXYMORE incorporates certain sound elements inherited from Pierre Henry but the adventure is also radically oriented towards the future. OXYMORE is the first commercial album of this scale, conceived and composed in multichannel and binaural sound, and mixed in 360° audio in the "Innovation" studios at Radio France with the complicity of Hervé Déjardin. Multiplying the strata and layers in the image of a surrealist compound/collage, OXYMORE integrates all the possibilities of binaural: bringing together artifice and natural listening, the studio and 360-degree sound projection. In line with issues raised by the Metaverse that concern the artist, producer, and cultural ambassador Jean-Michel Jarre, sound immersion reveals a complete world, without the need for a visual medium.

With the performance of (more)OXYMORE and its specific prologue, Jean-Michel Jarre takes advantage of the characteristics of the IRCAM's Espace de projection, of its acoustics that can be modulated and modified ad infinitum. 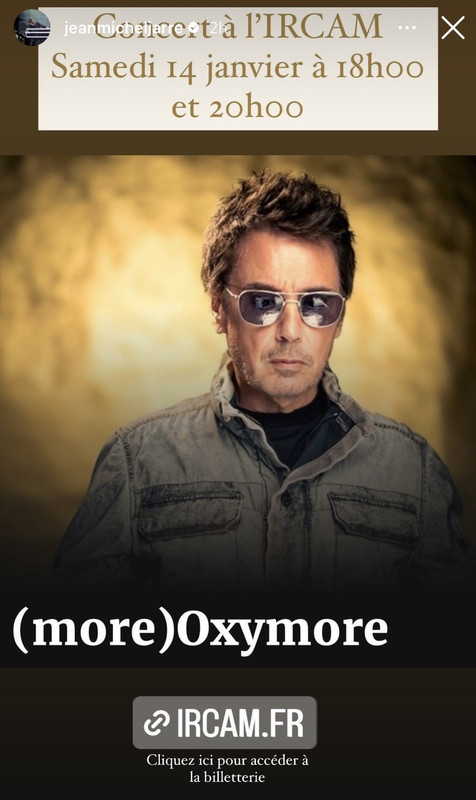 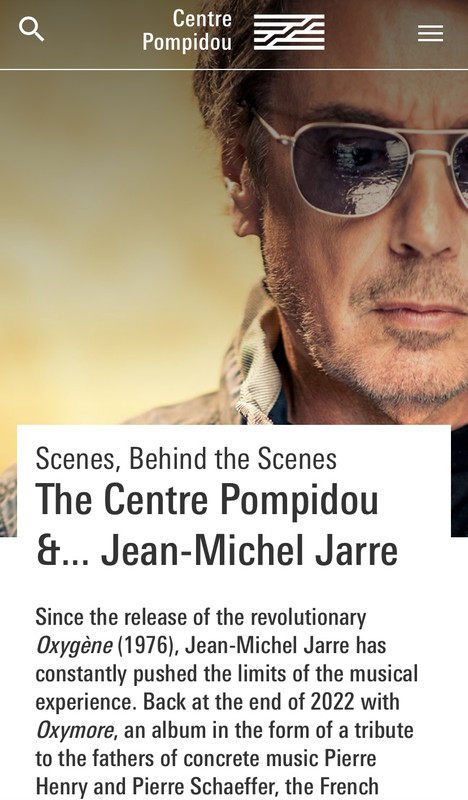 Scenes, Behind the Scenes

The Centre Pompidou &... Jean-Michel Jarre
To celebrate the reopening of L'Espro, the mythical room of IRCAM finally renovated, the musician will give an interpretation of Oxymore as well as a prologue prepared specifically for the event.

Musically speaking, JM should put more effort into these events. Not only playbacking Oxymore, but some pieces could be played from back catalogue.

Would be curious how he sees the concept of his future tours for example. Only one-man show from now on, or will he invite partners on stage.
Post Posted Wed Jan 11, 2023 11:22 am

Robi83 wrote: ↑Wed Jan 11, 2023 10:05 am Musically speaking, JM should put more effort into these events. Not only playbacking Oxymore, but some pieces could be played from back catalogue.

Would be curious how he sees the concept of his future tours for example. Only one-man show from now on, or will he invite partners on stage.

I'm pretty sure he's done with tours. He's been pushing that VR BS for a reason. Can't say that I blame him, he's 75 years old, who knows what kind of health issues he might have, or maybe he's just tired of it. And he no longer needs to profit from concerts given that he sold the rights to his music for who knows how many millions.
airwolfthemes.com
Post Posted Fri Jan 13, 2023 9:35 pm

The @Ircam is a structure for research, innovation and talented creation.
Delighted to have exchanged with its teams on their work as well as with @jeanmicheljarre on the unique sound experience offered by its room located 16m underground thanks to 171 modular panels. 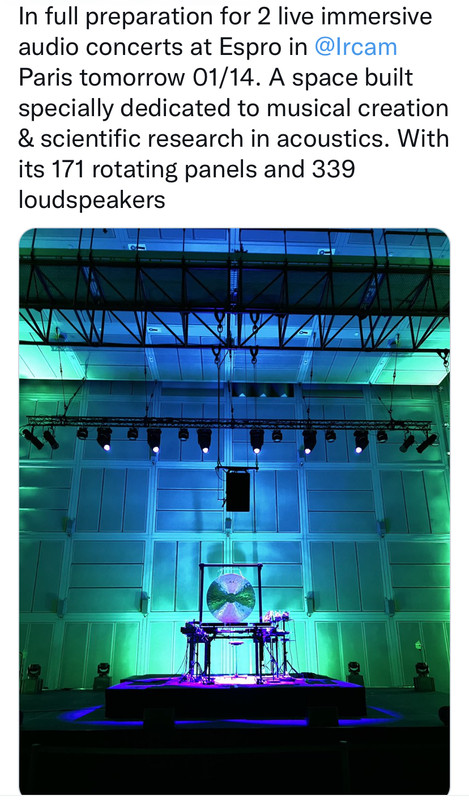 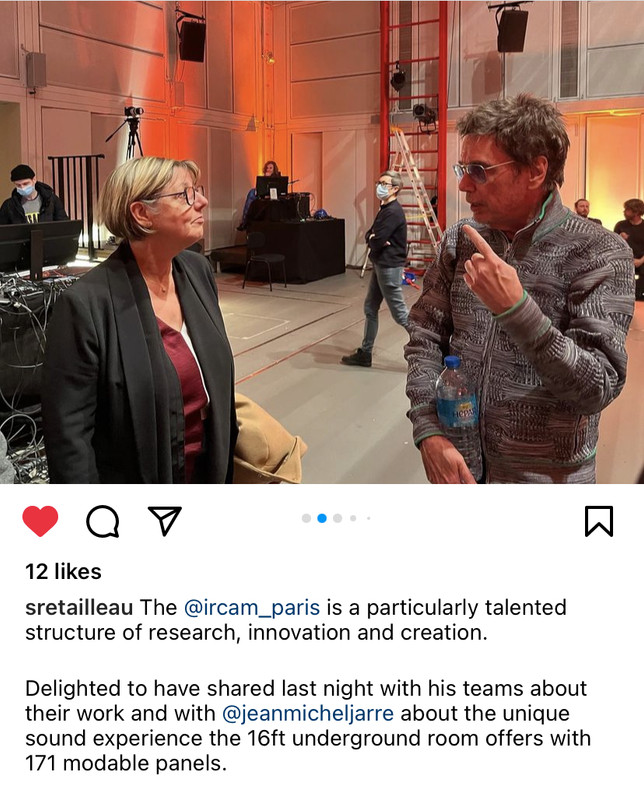