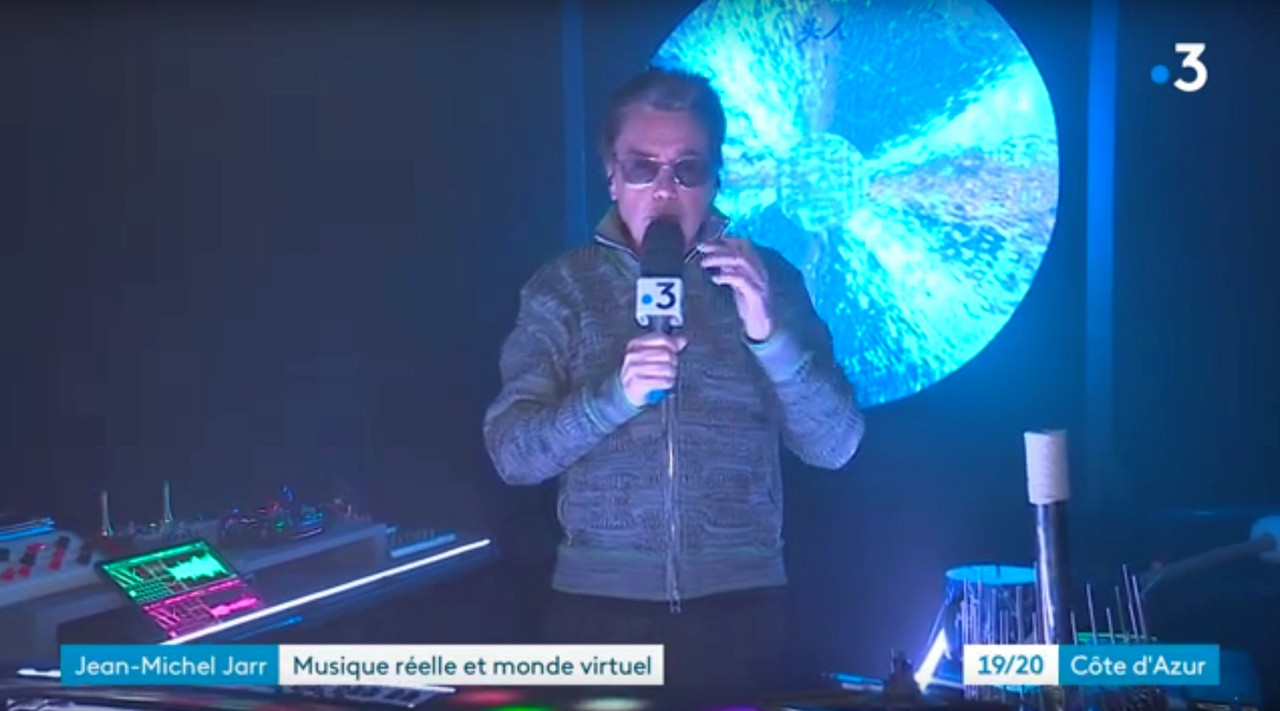 Jean-Michel Jarre sponsor of the new MIDEM in Cannes: "we must not miss the train of modernity"

He had been missed by the music industry! After 3 years of absence, MIDEM returns in an even more experimental form from January 19 to 21 at the Palais des Festivals in Cannes and becomes MIDEM +. A festival sponsored by one of the pioneers of electronic music, Jean-Michel Jarre. 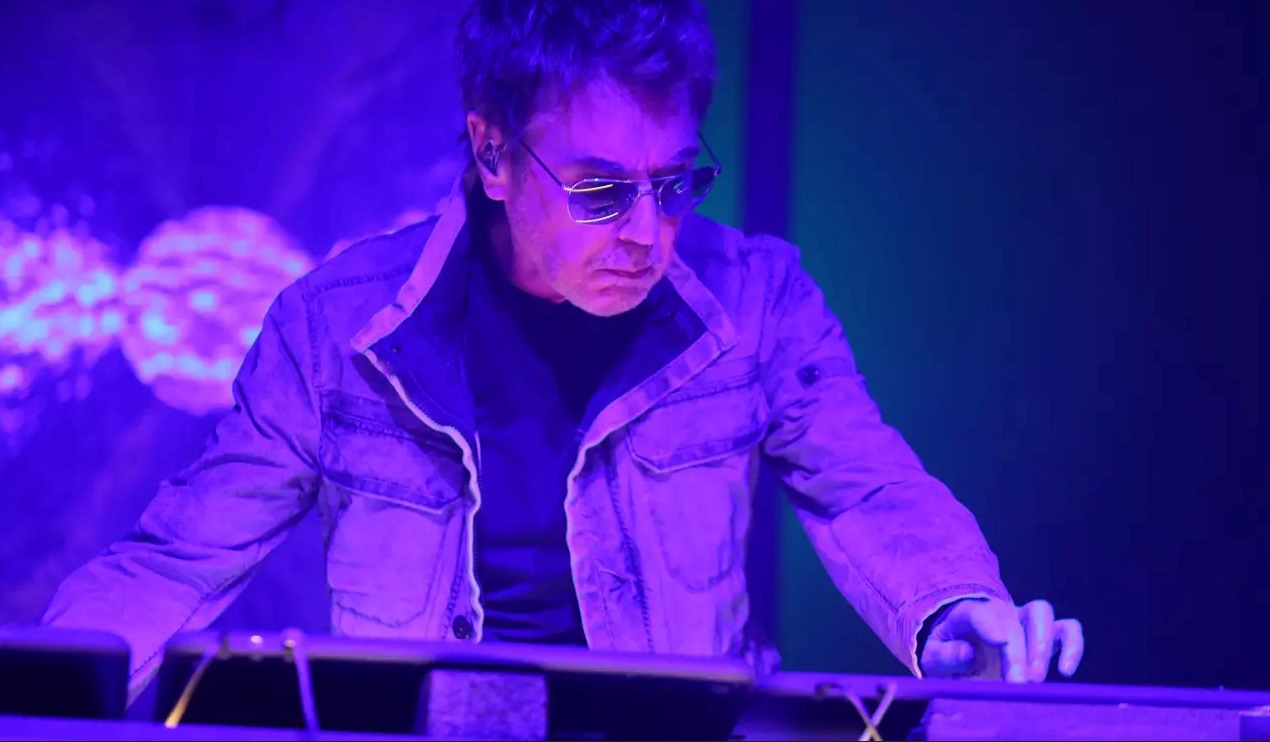 Sixteen speakers in a circle: we tested Jean-Michel Jarre's concert of the future at Midem+ in Cannes...

This Thursday evening, the participants of Midem+ and the inhabitants of Cannes were able to discover Jean-Michel Jarre's new show. 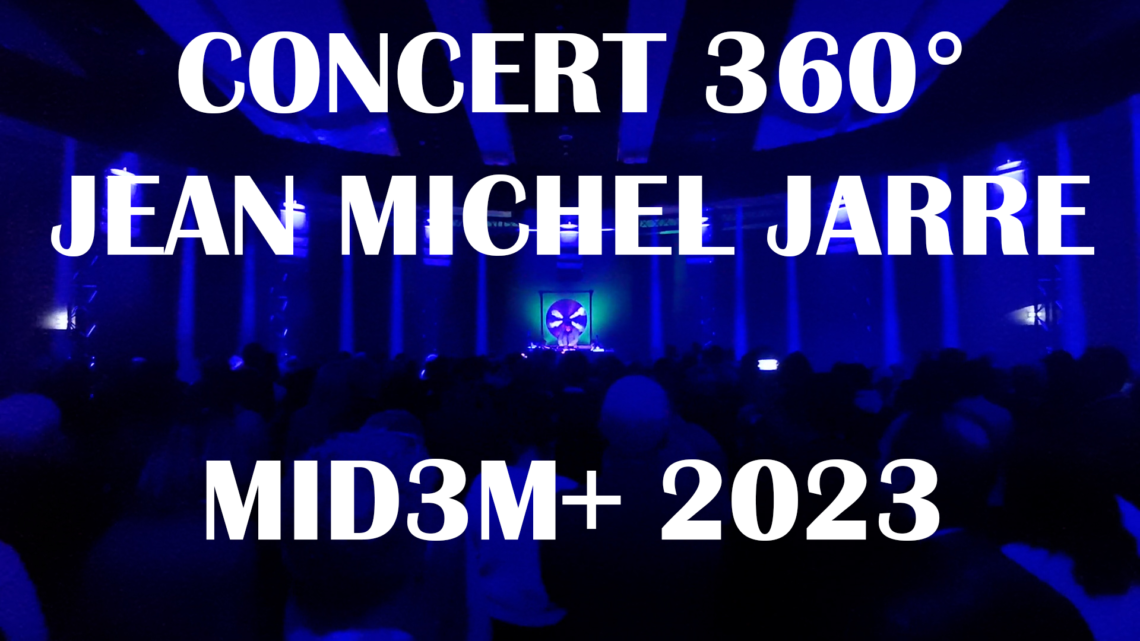 Congratulations to the city of Cannes and to Mr. David Lisnard for having bought the Midem brand and having relaunched it this year with a renowned sponsor, Mr. Jean Michel Jarre.

During the press conference for this Midem 2023, Mid3m+ 2023, JMJ reminded the audience of the origins of electronic music which, according to him, are indeed French! He also mentioned his interest as an artist for the Metaverse, which he wishes to be European, and which he considers at the crossroads of cinema and video games!

Pope and grandpa of electronic music because at the height of his 74 years (which he doesn't look at all, by the way), he is still overflowing with creativity!

We had the pleasure of attending his 360 degree concert, because as he explained during the Mid3m+ press conference, the sound, monophonic at the base, is perceived at 360 degrees by our ears whereas our vision is only 140 degrees! It is from this observation that the artist Mr Jarre advises us to close our eyes to better appreciate this concert , that's what we did and the difference is obvious, the music surrounds you and plays with your senses, congratulations, the effect is quite simple in the end, but the result with an artist like him is stunning!

PODCAST - The quarter of an hour of celebrity: with Jean-Michel Jarre, godfather of the new MIDƐM+23

An unmissable event in the music industry, the MIDƐM+23 is an augmented, experiential and collaborative festival that places music at the heart of the challenges of tomorrow. Jean-Michel Jarre is the godfather of renewal, portrait.

Jean-Michel Jarre, sponsor of the new MIDƐM+ 2023, is the guest of the quarter of an hour of celebrity. An interview in complete intimacy with the one who is the pioneer of electro music.

His childhood memories on the Côte d'Azur, his very first live concert on the terrace of the Palais des Festivals in Cannes, the release of "OXYMORE", his new album, the first immersive musical project of this magnitude to go so far in audio innovation. 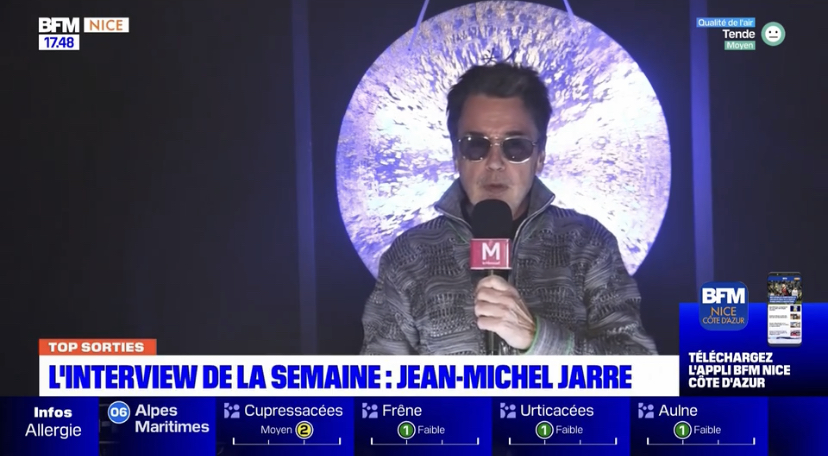 In partnership with Le Mensuel, review your Top Outings Nice meeting on Friday January 20, 2023: Interview of the week: Jean-Michel Jarre. Editor's picks for going out and all the ideas for a fun weekend.

Is it me, or is this a different new track from IRCAM? 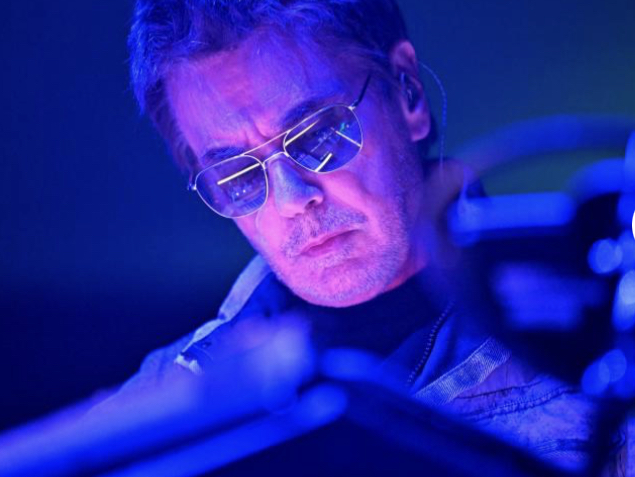 At 74, Jean-Michel Jarre delivers a sensational performance with Oxymore, his latest album

Jean-Michel Jarre, the septuagenarian electronic music pioneer who has sold over 85 million records worldwide, is back with a new album.

CODA Audio has partnered with French electronic musician and composer Jean-Michel Jarre for a series of immersive performances that will dazzle with the latest technology.

The first show took place at the Midem exhibition, at the Cannes festival, between January 19-21. Jarre also unveiled his new album, Oxymore, which was released in October.

The performances use CODA Audio's N-RAY system in a 16.1 configuration coupled with the company's immersive Space Hub processor.

Jarre said: “Placing sounds as objects around us in a 360° plane is a completely different way of composing, revolutionizing the conception, production and distribution of tomorrow's music. In real life, there is no such thing as stereo - our audio field is 360°. Today, technology allows us to explore composition in spatial audio, which opens up a new experience for us musicians in the creative process.”
The French musician's latest album, titled 'Oxymore', is a revolutionary electronic album recorded in immersive 360-degree sound, accompanied by a surreal virtual reality experience.

It's Jarre's 22nd album, which harkens back to the musician's first major recording, 1976's 'Oxygene', which catapulted him to the heights of success.
However, Jarre says he's "not interested" in what he did before. He is more motivated by what new technology can bring to the scene.

The album is also a tribute to French electronic music and a tribute to the late French composer Pierre Henry. 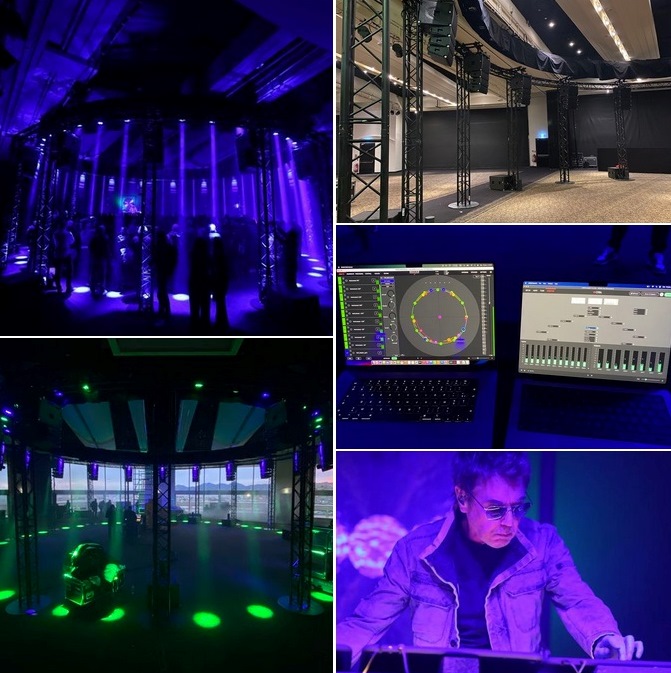 Midem is the sponsor of the new Jean-Michel Jarre MID @TAGM+ 2023 in Cannes, for the occasion they offered several live concerts in multichannel 360 degrees of their new album OXYMORE.