Four new tracks by Jean Michel Jarre have been registered today at the SACEM web page:

A new sound identity for another brand as happened with HSBC? 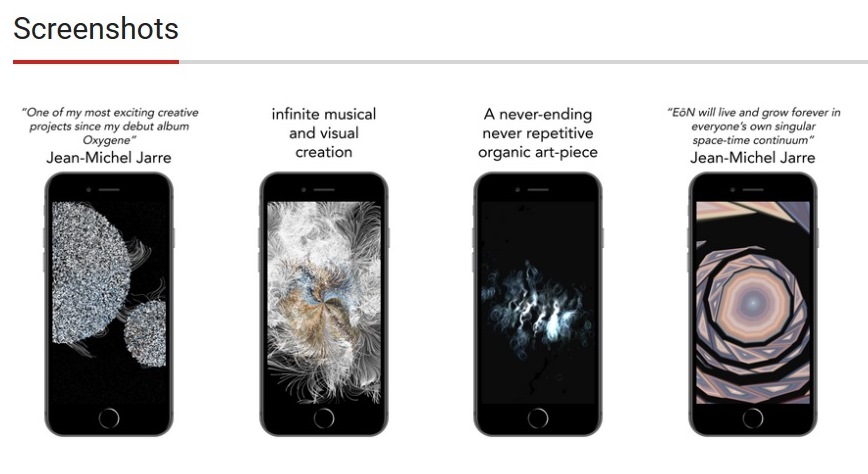 Making an iOS-only app when your target audience is Europe is akin to shooting yourself in the foot. Perhaps they are not interested in making money.

(the terms of use page has no mention of Play Store whatsoever so I doubt an Android version is coming)
airwolfthemes.com
Post Posted Thu Nov 07, 2019 11:29 am

The brand new @jeanmicheljarre app called "EōN is available in the App Store. The app generates music with animations. Infinity is here. The only limit is your deviceâ€™s battery. #EON#jeanmicheljarre#electronicmusic#jarre#jmjmoments

It's an fantastic app! I'm really loving the music and visuals. Not sure how much lasting appeal it will have, as it seems to be mostly quite subtle background music, rather ambient. But I love the fact that I've been listening for a couple of hours now without repetition.
It's a shame it's not available on Android as Jote says, but it's completely understandable for obvious business reasons.
Post Posted Thu Nov 07, 2019 3:10 pm 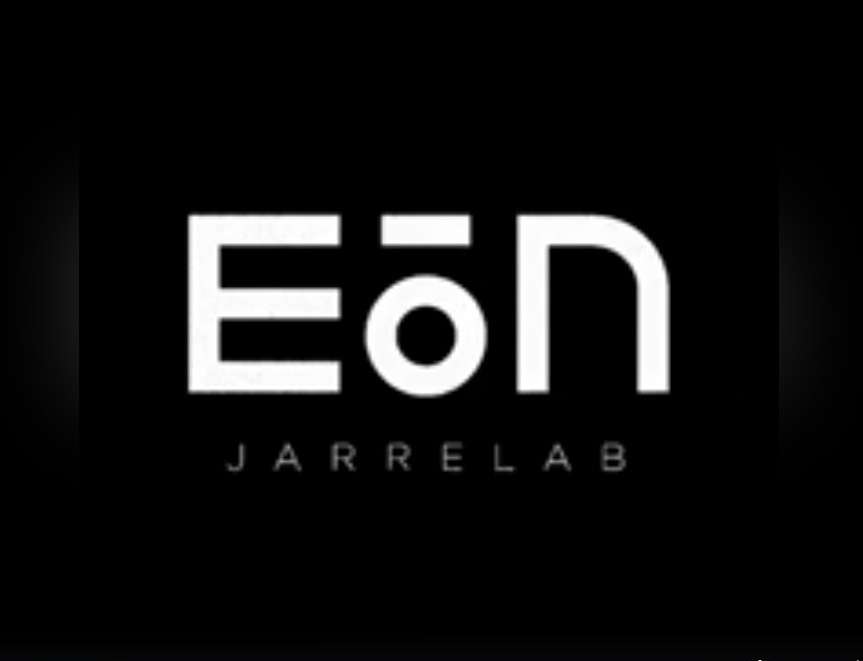 The app from the electronic music pioneer comes complete with continuous visuals.

Jean-Michel Jarre is at the forefront of artists using new technology for music, most recently in partnership with TheWaveVR, allowing users to experience his latest album, Equinoxe Infinity, in virtual reality. With technology at the core of everything we do today, Jarre believes that “this is the most exciting time in history to make music”. Commenting on the app, Jarre said “I named this project EōN as it best defines exactly what it is – an infinite musical and visual creation. Personally, I truly feel that EōN is one of my most exciting creative projects since my debut Oxygene.”

French #composer and #Music Legend @jeanmicheljarre at the #WebSummit showcasing his new #app called #EON with music composed by him. Available on Apple iOS, launch on android in middle 2020. https://www.factmag.com/2019/11/07/jean ... um=twitter

« EON» is an ancient Greek God associated with Time & Eternity.

The « time » represented by EON is infinite and unbounded in the sense of «ages» and «forever».
In cosmology, geology or astronomy, EON is often used in reference to a period of a billion years…

I named this project EōN, as it best defines exactly what it is â€“ an infinite musical and visual creation, which offers each individual a unique experience on its primary support as an App: on each device, and on each launch of the EōN App, you will hear and see a unique ever-evolving orchestration of the music & the visuals. EōN is a never ending, never repetitive, organic art-piece that will live & grow forever in everyoneâ€™s own singular space-time continuum, at the tip of their finger.

Here, in this limited edition box-set, I wanted to share with you two early audio snapshots that I recorded during the first tests of the music creation and one third snapshot created later on, only few days before the release of the App (on CD 2).

Personally, I truly feel that EōN is probably one of my most exciting creative projects since Oxygene. I always wanted to create a music specific for each listener and which could constantly evolve. Here it is. EōN is conceived & composed for your own eternity!

I had a very clear idea of the organic, living visuals I wanted to accompany my music creation, and I was very lucky to have spent some time in Tokyo at Sony Computer Science Laboratories, Inc (Sony CSL) where I found Alexis André and his singular visual world. Sony CSL with Alexis have conceived and developed an algorithm generating the endless flow of ever-evolving graphics, which like the music is never ending, nor repetitive. All the illustrations included in this box are visual snapshots of Alexis' creative graphic work.

The algorithm and audio engine that orchestrate the music of the EōN App have been engineered by Alexis Zbik & Vianney Apreleff from BLEASS after we defined the rules of the system together.

French composer Jean-Michel Jarre talks about his latest project - an endless piece of music that will live on after his death.

Take, for example, his latest project Eon - a specially-programmed iPhone app that produces a dynamic, constantly evolving suite of music.

"It's like an infinite album," he says. "Each time you play the music, it's going to generate something special for you."

The album is built from seven hours of material the prolific musician composed, performed and recorded in his studio.

For example, he wants to use Eon on tour, allowing him to "respond and improvise to what the app gives" him in real time.