Oxymore is "noisy" and chaotic but I sense this is deliberately so as a reference to the musique concrete origins of the project and Pierre Henry's bequeathed sound library.

That said, my favourite track (Movement 11) plays the incredible trick of being very melodic while having no obvious melody, instead comprising of percussion, beats and rhythms.... but combining in a way that's very musical. I love

Jean-Michel Jarre, a French composer and legend of electronic music, held a large-scale concert in virtual reality - in the city of Oxyville, specially created for the release of his new album, in the VRChat metaverse. Limited admission and the shift from mass to quality personal experience did not prevent the concert from becoming one of the most popular VR events. And the city will eventually open to the visit of all comers.

The city remains on VRChat, will participate in international festivals, and will open to the public in time for the release of the Oxymore album in the second half of the year. The developers are considering publishing the world as a standalone VR application, as well as video formats, both traditional and immersive. 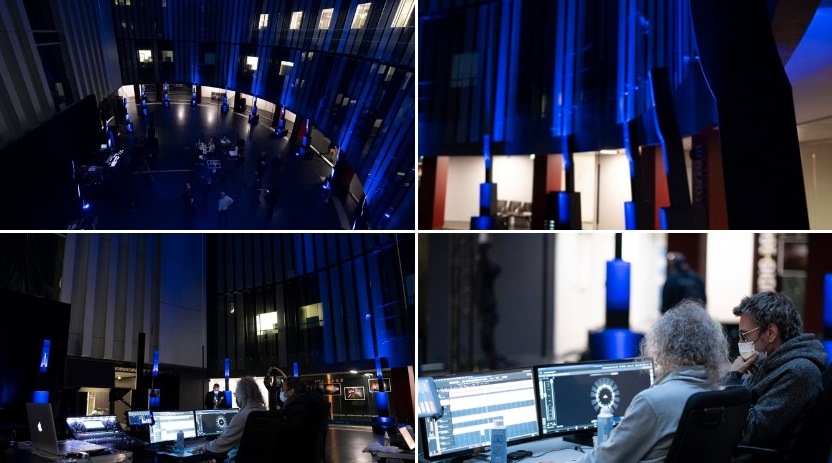 For over 4 decades, @jeanmicheljarre's pioneering electronic music has come to life before millions of fans. His creative vision met L-ISA technology recently at @RadioFrance's Hyper Weekend Festival for six concerts in L-ISA 360° #thefutureofsound

OXYMORE is a monumental achievement, for both Jarre and VRrOOm, embracing technology and working with limitations rather than against them, to create an experience that is as futuristic and daring as it is timeless.

It avoids feeling derivative or gimmicky by showing that “immersion” in music isn't something new, it is at the very core of what music has always been.

OXYMORE's next stop is SXSW 2022 (March 11-20) for a special showcase in a physical dome AND on VRChat. Jean-Michel Jarre is due this autumn with virtual replays of the concert before the end of the year.

Have been away for a short break after performing at the HYPERWEEKEND Festival at Radio France and want to say thank you for all the kind feedback that’s been pouring in on the VR experience. We try to break grounds for our own standards, but it’s nice to get recognised.
More on #Oxymore soon…

PARIS – For three days and nights in January, more than a dozen artists occupied the Maison de la Radio to make new creations resonate. Among those bringing the music was Jean Michel Jarre, a.k.a. the godfather of electronic music. His performance was enhanced with L-ISA Immersive Hyperreal Sound technology from L-Acoustics. The L-ISA system was specified by sound design engineer Hervé Déjardin.

Oxymore, the latest music creation of Jean-Michel Jarre (official release in september 2022) takes place in Oxyville, a Quest-compatible virtual city inspired by iconic musical instruments of the earliest stages of electronic music. The intangible shadow of Pierre Henry hangs over the immersive work, inviting the public to lose themselves in an unexpected acoustic multicanal journey orchestrated by Jean-Michel Jarre.

Oxyville is a city with 11 districts designed to match the concert's 11 movements that the audiences can explore in full immersion, either in a real Dome or in a Social VR world.